Hydropower: pump up the volume 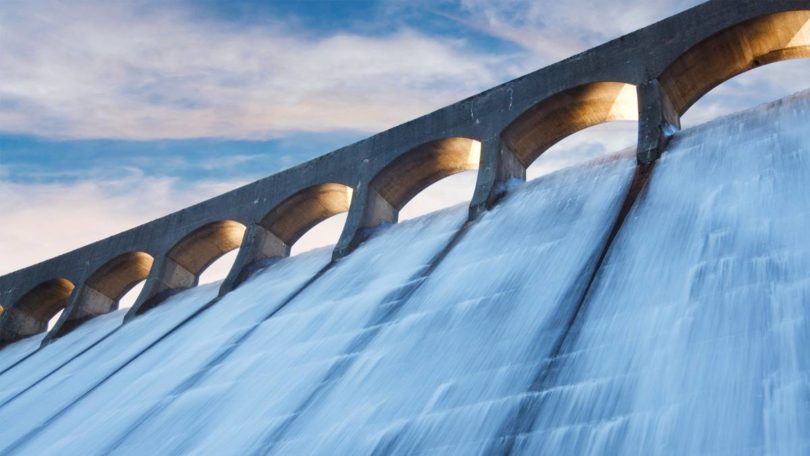 2018 marks the 75th anniversary of the Hydro Electric Development Act in Scotland, which kick-started major hydro developments across the country. MP Drew Hendry looks at the benefits of the technology.

For nearly 130 years Scotland has been the home of hydro-electricity – back when the open fire was the centre of the power world for most folk, and at a time when even getting a photo taken was a family day out that few could afford.

Back in 1890, Fort Augustus in my constituency was an early adopter of the technology. Offering a simple idea for generating power, using our accommodating geography, our mountains and lochs, was going to transform the Highlands and give Scotland the lasting lead across the nations of the UK for hydro power.

As a result, we currently have about 2GW of installed hydro-electricity capacity, accounting for around 88 per cent of all UK capacity and 92 per cent of UK hydro output. The really good news is that there are opportunities in abundance to develop even more.

The technical side of hydro generation is fascinating, but I will leave that to the experts, suffice to say that it’s the force of water spinning a turbine that delivers the magic, the low carbon electricity that we benefit from.

Pumped storage schemes are really clever though, involving two bodies of water at different heights and, during periods of low demand for power, electricity is used to pump water from the lower reservoir to the upper reservoir.

When demand is high, the water is released to generate electricity – in a similar manner to conventional hydro – effectively acting as enormous batteries enabling the power to be used when required. Unlike actual batteries, however, they aren’t just for short-term gaps but can ensure we can all brew a cup of tea during periods of variable demand.

Built to last decades, pumped storage is one of the only technologies able to provide this flexibility to the system; shifting energy over weeks or months, even over the changing seasons, as the amount of variable renewable generation increases.

Put simply, when the wind is blowing, surplus energy from wind turbines can be stored releasing the energy when it’s required and keeping supply constant – keeping the lights on as they say.

Developing new pumped storage has the potential to help people through lower bills.

Hydro can mean downward pressure on the wholesale price of electricity, avoiding payments for new build generation and power networks. That saving could and should benefit customers, especially those who have been suffering higher charges just because of where they live.

In a report commissioned by SSE, Baringa found that Coire Glas, a consented pumped storage plant in the Scottish Highlands, would deliver about £70 million per annum benefit in social welfare and a reduction in customers’ bills of about £215 million per annum. Now that is something I can get excited about.

Despite the benefits, new pumped storage has not been seen in Scotland for more than 40 years; Foyers began generating in 1974 and Cruachan 1966, with both provide balancing services, rather than long term storage. Modern and more efficient pumped storage facilities should be part of our renewable energy mix once again.

Pumped storage, like other large scale renewables generation, is a major capital-intensive infrastructure investment requiring a long lead time but, once developed, it has a long operational life with low operational costs.

It is a policy deficit in the UK that the current generation market is not designed with bulk electricity storage in mind, losing out to technologies, that in my view are bad value, risky and have enormous legacy implications, such as new nuclear.

SSE says that, at a stroke, Coire Glas would more than double the total pumped storage capacity not just in Scotland, but across the nations of the UK.

An investment stabilisation mechanism, similar to the ‘cap and floor’ currently available to interconnectors, could reinvigorate the pumped storage market and bring the hydro revolution back to Scotland.

Projects are ready and waiting to go. We need to make maximum use of our own energy resources, it makes no sense to rely even more heavily on interconnection, to ensure security of energy supply.

SSE states that they have Coire Glas ready as a shovel ready project. It could quickly be the first new pumped storage system in Scotland this century, but the twin vices of uncertainties from the UK Government about future revenue streams and policy instability have so far prevented it from progressing.

SSE received planning consent for Coire Glas, in the Great Glen, in December 2013, for up to 600MW installed capacity and 30GWh of storage – an £800 million project, with a construction period of around five years.

It would be capable of running for over two days continuously at full output, and even longer with a lower load. Moreover, it was wholeheartedly supported by the local authority, community council, local councillors and Scottish Ministers.

With SSE now looking to increase the generating capacity of the project to 1500MW to maximise the potential of the site, Coire Glas is best placed to deliver within the market.

Supporting pumped storage now, and projects like Coire Glas, will provide energy for people, families and communities far into the future. The long established, proven technology generating low carbon power is too important to languish on the sidelines.