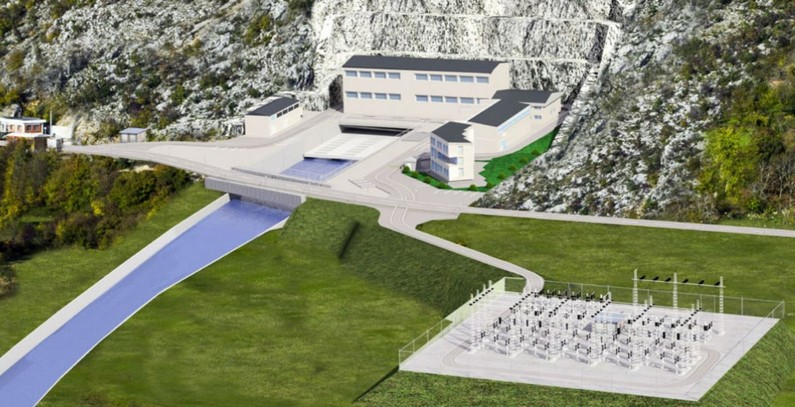 Hidroelektrana Dabar has selected a consortium led by AF-Consult Switzerland Ltd. in tendering to provide legal, financial, and technical advisory services in the process of awarding a turnkey/engineering, procurement, and construction (EPC) contract for a 160 MW Dabar hydropower plant (HPP Dabar), according to the website of Hidroelektrana Dabar, which operates as part of Hidroelektrane na Trebišnjici (HET), a subsidiary of power utility Elektroprivreda Republike Srpske (ERS).
The consortium is led by Baden-based AF-Consult Switzerland and includes auditor Deloitte d.o.o. in Belgrade, Serbia and law firm Moravčević, Vojnović i Partneri AOD, also based in Belgrade.

The consultant will be paid BAM 1,897,155.10 (around EUR 972,585), not including VAT, according to the documentation available on Hidroelektrana Dabar’s website.

19 expressions of interest
The turnkey project, which would be governed by the public-private partnership (PPP) law, has attracted 19 expressions of interest (EOI), Hidroelektrana Dabar acting General Manager Željko Zubac said earlier, noting that the companies that submitted the EOIs include those from China, the U.S., Spain, Turkey, France, Italy, and the Czech Republic.

The estimated value of the project to build and finance HPP Dabar’s remaining facilities is around EUR 200 million, according to the text of the invitation of EOIs, posted earlier by HET.

Under the preferred financial model, Hidroelektrana Dabar’s future project partner would secure a loan to cover at least 85% of the project cost against a guarantee from the Republika Srpska government. The loan would be repaid in cash or electricity over 15 years, following a 4-year grace period. The interest rate would be at around 3%, according to the text of the invitation.

Hidroelektrana Dabar, which would cover the rest of the project cost from own sources, would own 100% of the 160 MW hydropower plant on the Trebišnjica river. The company has already completed preparatory works for the project, which has so far soaked about BAM 80 million (some EUR 41 million) in investment. The 160 MW plant, part of a wider Gornji Horizonti hydropower project, would boost HET’s power production by about 50%.