According to projections by the National Horticultural and Vegetable Association, by 2023-2024, production of niche-market greenhouse vegetables (peppers, aubergine, squash, and others) and salad greens is likely to double. Meanwhile, the segment of premium tomatoes and cucumbers is likely to be fully satisfied by domestic production already by 2020, said Kirill Lashin, the organisation’s head of analytics.

Growth and activity in the greenhouse vegetable market will likely continue to accelerate after 2020, when government support programmes in support of greenhouse agriculture conclude, said the expert. “Every year, in aggregate 200-300 hectares of new greenhouse space is being built in Russia, offering additional production capacity of more than 100,000 tonnes. Under those conditions, and in light of the new capacity being built, between 2018-2022 the total production area available for greenhouse vegetable production will reach 800 hectares” he said. At that time, the markets for traditionally-grown tomatoes and cucumbers may experience overproduction, as all installed greenhouse capacity will reach full production capacity, at which time the owners will experience an incentive to diversify their businesses. One will partially move into the premium segment; others will begin to grow peppers and aubergines, Lashin believes.

In order to raise the segment of niche greenhouse vegetables from its current, embryonic state, time is the most important factor, agrees the General Director of agricultural consulting firm “Greenhouse Growth” Tamara Reshetnikova. “When the market demand for tomatoes and cucumbers is satisfied, then producers will lower their output as prices fall. Businessmen will then begin to explore the many opportunities in niche-market vegetables” she noted, in echoes of Lashin’s commentary. For example, profitability in the cucumber segment has already meaningfully reduced, in connection with satisfaction of domestic demand. As a result, retail prices on the same Bulgarian peppers have settled at a level not lower than 200 rubles per kilogram, and during the winter months can reach as high as 350 rubles per kilogram. “High prices hold due to low competition in the segment. If our producers are prepared to provide peppers to the market year-round at a price matching that of foreign producers, then production will be met with market uptake, and if prices remain at a similar level, then production will pay off” Reshetnikova said. At the moment, many farmers grow peppers and aubergines in open fields and in hothouses, but perhaps only one or two months per year – they are not prepared to offer year-round production. For major retail channels, working with such farmers is unattractive – and only greenhouse producers can offer the consistent supply that these enterprises need, she noted.

According to research carried out by “Greenhouse Growth”, domestic demand for peppers and aubergines reaches approximately 300,000 tonnes per year. To satisfy this demand, an additional 700 hectares of greenhouse space is needed, oriented on this particular segment. “At present, production quantities for these vegetables are so low that they are not even registered with Rosstat” said Reshetnikova.

Growth in the greenhouse vegetable market may meaningfully increase as a result of increases in incomes among the population, and also as a result of changes in dietary preferences, continued Lashin. Already consumer preferences are moving from standard tomatoes and cucumbers to cherries and cornichons, and from other vegetables to peppers and aubergines. In a corresponding sense, if these items become a greater dietary staple for Russians, then their supply will likely increase, he said.

Closed-field vegetable cultivation in Russia has grown many times over the past five years. In 2017, according to data of Rosstat, it made up 922,000 tonnes, while in 2013 the same indicator reached just 615,000 tonnes. The share of cucumbers and tomatoes in the overall harvest of greenhouse vegetables, according to data of the National Horticultural and Vegetable Association, exceeded 97%. The remaining 3% included squash, peppers, aubergines, cherry tomatoes, radishes, salads and green onions. According to data from the Ministry of Agriculture as of 23rd October, the gross harvest of greenhouse vegetables year to date was 803,000 tonnes – 25% higher than on the same date in 2017. To wit, production of cucumbers has increased by 14.6% to 490,600 tonnes; tomatoes – by 46.8% to 299,900 tonnes; other vegetables – by 26.2% to 12,500 tonnes. By most estimates, the final total harvest for the year is expected to exceed 1 million tonnes. 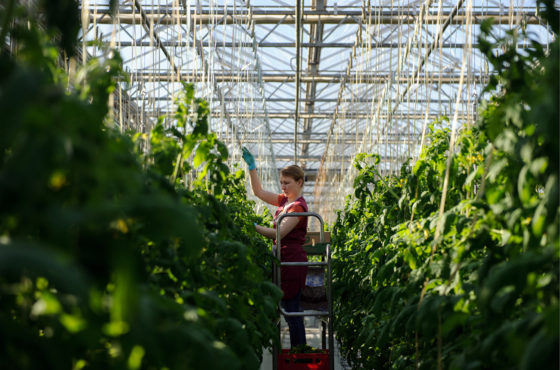 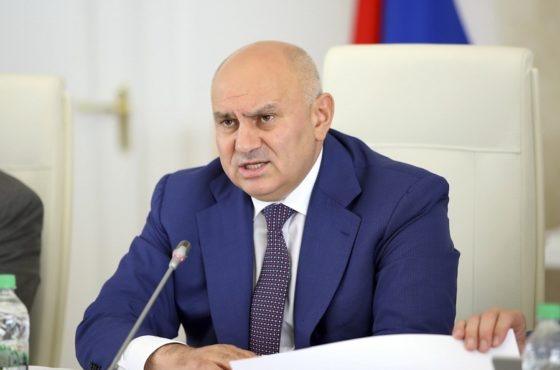 Dzhambulat Khatuov: “The conditions of government agricultural subsidies should not change for at least five years”